Collection of westerns starring Hollywood icon James Stewart. In 'The Rare Breed' (1966) Martha Price (Maureen O'Hara) and her daughter Hilary (Juliet Mills) enlist the help of Sam 'Bulldog' Burnett (Stewart), a wandering ranch hand, to carry out the dream of Martha's late husband who died en route to America. His dream was to introduce Hereford cattle by transporting a lone bull, Vindicator, to Texas to breed it with longhorn cattle. Martha, Hilary and Sam set out on the road to Texas with the bull, but the trail is fraught with dangers and Sam has to rescue the women from a series of Western-style ambushes and abductions. In 'Shenandoah' (1965) Stewart stars as Charlie Anderson, a wealthy farmer in Virginia who has hitherto steadfastly refused to take any part in the civil war that is raging around him. But the war inevitably ensnares him through a series of family tragedies that includes his youngest son (Philip Alford) being taken prisoner by the Unionists and charged with spying, his son James (Patrick Wayne) and daughter-in-law Ann (Katharine Ross) being murdered by a gang of looters, and the death of his eldest son Jacob (Glenn Corbett). In 'Night Passage' (1957) Stewart stars as Grant McLaine, a former railroad employee now scraping a living as a travelling musician entertaining workers in the construction camps along the frontier. Fired from his job on the railroads after helping his gun-slinging outlaw brother - known as the Utica Kid (Audie Murphy) - escape the law, he is given one last chance to prove his worth by being asked to deliver $10,000 for the railroad workers' wages. In 'Bend of the River' (1952) Glyn McLyntock (Stewart) is a man with a past. As he attempts to help a group of Missouri settlers cross the Oregon Trail to the Columbia River Basin, he is double-crossed by Emerson Cole (Arthur Kennedy), the man he thought of as a friend. However, he finds assistance in the form of farmer's daughter Laura Baile (Julie Adams) and San Franciscan gambler Trey Wilson (Rock Hudson). 'The Far Country' (1954) is set in the wild gold rush days of the Yukon Territory, and stars Stewart and Walter Brennan as loner Jeff Webster and his sidekick Ben Tatum. When the pair attempt to get rich quick by selling a herd of cattle at a conflated price, they soon find themselves caught up in a conflict with a self-appointed and corrupt local sheriff and his henchmen. In 'Destry Rides Again' (1939) the son of a famous lawman, young Tom Destry (Stewart), is considered something of a joke when he takes up the position of deputy in the lawless town of Bottle Neck. Destry refuses to carry a gun, and prefers a glass of milk to alcohol, which hardly makes him a match for gunslinging saloon owner Kent (Brian Donlevy), the real power behind the town. However, with the aid of drunken sheriff 'Wash' Dimmsdale (Charles Winninger), the soft-spoken Destry sets about cleaning up Bottle Neck in his own inimitable manner, winning the admiration of Kent's blowsy, bar-room singer girlfriend, Frenchy (Marlene Dietrich), along the way. Finally, in 'Winchester 73' (1950) cowboy Lin McAdam (Stewart) wins a Winchester rifle in a shooting competition, only for it to be stolen by his opponent, his arch-enemy Dutch Henry Mann (Stephen McNally). McAdam sets off in pursuit of his adversary, determined to settle a feud that dates back many years. 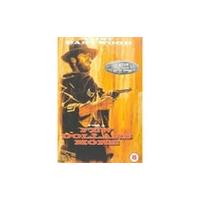 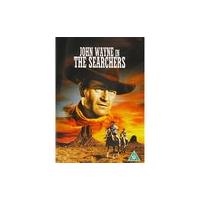 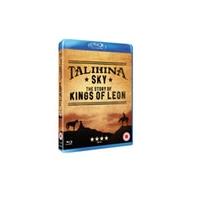